Another US delegation lands in Taiwan amid China tensions 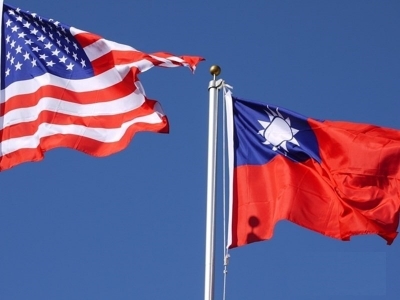 Taiwan’s President Tsai Ing-wen on Monday received another delegation from the US amid rising tensions with China.

Upon his arrival, he said in a tweet: “I landed in Taipei to kick off an economic development trip in Taiwan and South Korea. Indiana’s home to 10 Taiwanese & 12 South Korean businesses. This week marks my 2nd trip to South Korea as Governor and I’m proud to be the first governor to visit Taiwan since before the pandemic.”

His visit comes after recent trips by House Speaker Nancy Pelosi and top Democrat Ed Markey drew ire from Beijing, which rejects official contacts between Taipei and other countries.

Tsai stressed in a presidential office meeting with Holcomb that the US and Taiwan are key security and economic allies in the Indo-Pacific region.

“Taiwan has been confronted by military threats from China, in and around the Taiwan Strait. At this moment, democratic allies must stand together and boost cooperation across all areas,” Tsai told the Indiana Governor.

Holcomb signed a memorandum of understanding with Taiwan’s Ministry of Economic Affairs to facilitate bilateral business, trade and scientific cooperation.

He told Tsai that Indiana will continue to seek strategic partnerships with Taiwan and said he was excited about the prospect of future collaborations with Taiwan.

Holcomb plans to meet with other senior government officials and representatives from the semiconductor sector, according to Taiwan’s Ministry of Foreign Affairs.

Taiwan has had an independent government since 1949, but China considers the island part of its territory.