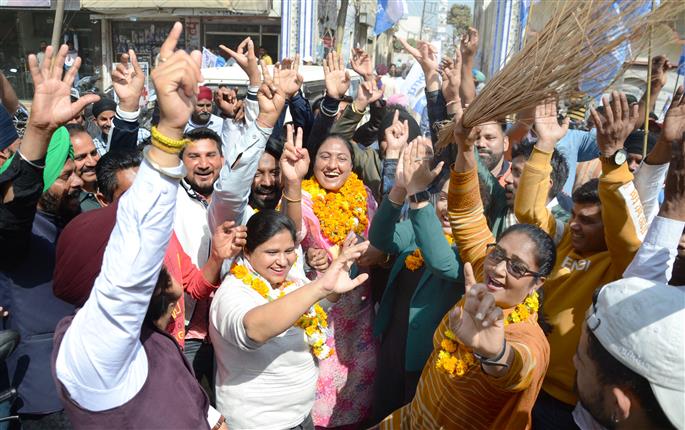 Chandigarh:The oath-taking ceremony of the new Punjab government headed by Bhagwant Mann is likely to be held at Khatkar Kalan on March 16.

Though the final decision on the date will be taken by the party on Friday, sources say the day has been chosen because the term of the current Vidhan Sabha is till March 16.

It is learnt that Bhagwant Mann and Punjab affairs in charge Raghav Chadha have already left for Delhi to meet party national convenor Arvind Kejriwal.

Among other things to be decided on Friday are the candidates who will be inducted into the Cabinet.

Sources in the party say all 17 ministers may not be inducted immediately; only five to six candidates may be inducted now.