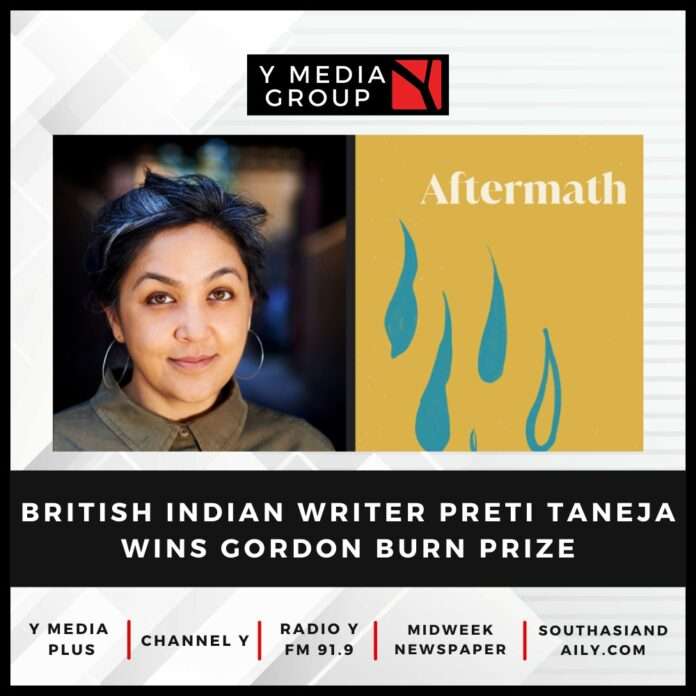 The Gordon Burn Prize celebrates the year’s most dazzlingly bold and forward-thinking fiction and non-fiction written in English.

“Aftermath” was selected by a panel of judges, made up of sportswriter and columnist Jonathan Liew, author Denise Mina (chair), broadcaster Stuart Maconie, artist and poet Heather Phillipson, and writer Chitra Ramaswamy.

The book strives to make sense of the London Bridge stabbing in 2019, when Usman Khan, 28, was a convicted terrorist who spent eight years in prison and went on to kill two people, Saskia Jones and Jack Merritt.

Taneja realised she had taught Khan creative writing when he was in prison, and Jack Merritt, one of the victims, was her colleague.

“Aftermath” is a profound attempt to regain trust after violence and rebuild faith in human compassion: a powerful recommitment to activism and radical hope.

Taneja is a professor of World Literature and Creative Writing at Newcastle University. Her first novel, “We That Are Young”, a translation of “King Lear” set in contemporary India, won the Desmond Elliott Prize 2018.

Taneja receives 5,000 pounds as cash prize, and is offered the opportunity to undertake a writing retreat of up to three months at Gordon Burn’s cottage in Berwickshire in the Scottish Borders.

She has been shortlisted for several awards, including the Republic of Consciousness Prize, the Prix Jan Michalski, and the Shakti Bhatt Prize.

Previous articlePoll finds over half of Tory members want UK PM Truss to quit, Boris Johnson favourite to take over
Next articleVote on October 24 to shape the future of town in Oakville