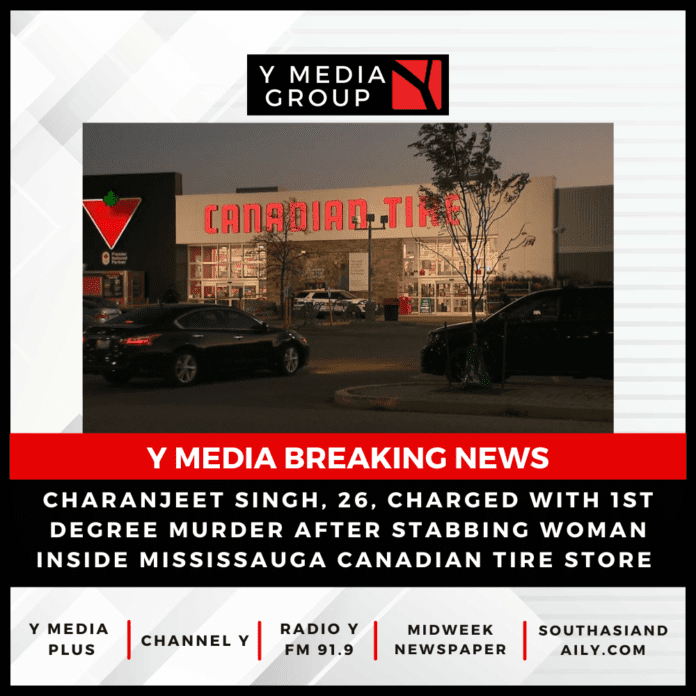 Officers from the Homicide and Missing Persons Bureau are investigating the death of a woman in Mississauga.

On Monday, September 19, 2022, at approximately 6:00 p.m. police were called to a retail store in the area of Mavis Road and Britania Road in the City of Mississauga for a stabbing in progress.  Upon arrival, police located a female party who was VSA suffering from apparent stab wounds.  The female was pronounced deceased on scene.  A male was also located on scene suffering from minor injuries.  He was identified on scene as the suspect and he was taken into custody. The suspect was transported to a local trauma centre where he was treated for his injuries.

A 26 year old male from Mississauga, Charanjeet Singh, has been charged with 1st Degree Murder.  The victim’s identity is not being released pending next of kin notification.

Anyone with information on this incident, surveillance video, and or Dash Cam footage, that may have captured the moments leading up to, during, or after the incident is asked to contact investigators at 905-453-2121 extension 3205. Anonymous information may also be submitted by calling Peel Crime Stoppers at 1-800-222-TIPS (8477), by visiting peelcrimestoppers.ca.

None of the allegations have been proven in court.