Cities to showcase biodiversity actions at UN summit in Montreal 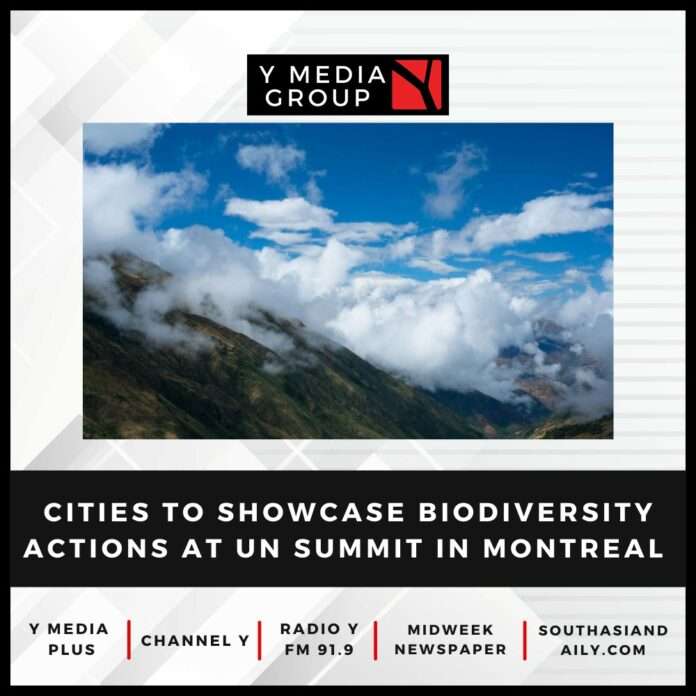 ICLEI, together with its partners, invites subnational and local governments to Montreal, Canada, for the 7th Summit for Subnational Governments and Cities and its associated Pavilion.

The summit, an official parallel event to the 15th Conference of the Parties (COP 15) to the CBD, will be co-hosted with the Secretariat of the Convention on Biological Diversity (SCBD) and Regions4, along with the host government of Quebec and the city of Montreal.

“It is with great pride that we welcome you to Quebec for the 15th Conference of the Parties on Biological Diversity. We know that this is no longer a time for reflection, but for action. Subnational governments are key players in this mobilization,” says Jean Lemire, Envoy for Climate Change, Northern and Arctic Affairs.

“Through its role as coordinator of the Advisory Committee on Subnational Governments and Biodiversity together with Regions4, Quebec is committed to doing everything possible to promote the adoption of an ambitious Global Biodiversity Framework which, we hope, will pave the way for a new era of collaboration.

“We invite subnational you to participate in large numbers in the 7th Summit for Subnational Governments and Cities and to make your voice heard at this historic meeting.”

The summit and pavilion constitute an unprecedented global milestone to welcome significantly strengthened contributions from subnational governments and cities to the new post-2020 GBF.

The summit, focused on taking action for biodiversity, will be held on December 11 and 12 at the Palais des Congres (blue zone) and will centre around three elements: Engage, Influence and Act.

The pavilion program will include multiple events, from December 8 to 18, during COP 15.

“Cities are essential leaders in the fight against climate change, the protection of biodiversity and the adaptability of our territories. They already experience the impact of environmental issues, they understand the major challenges that lie ahead, as well as the solutions to be implemented.

This seventh summit will provide a unique opportunity to address the targets and actions of the new GBF such as reducing threats to biodiversity, meeting people’s needs through sustainable use and benefit-sharing of biodiversity and ecosystem services, as well as implementing local and regional tools and solutions.

The summit is dedicated to taking action and making commitments, with subnational governments and cities sharing and demonstrating inspirational biodiversity initiatives, solutions and achievements, and pivoting combined multi-level ambitions and engagement into measurable actions.

The outcome of this historic, action-oriented summit will be presented formally by the hosts to the CBD COP 15 high-level segment as a united message from the subnational constituency.

“As we approach COP 15 in Montreal this December, I am excited to add my voice to the announcement of the 7th Summit on Biodiversity for Subnational Governments & Cities,” says Elizabeth Maruma Mrema, Executive Secretary of the UN Convention on Biological Diversity.

The Summit will announce, solidify and celebrate subnational and local actions for the protection, restoration and enhancement of biodiversity across the world, actions that reconnect communities with nature for a more sustainable future.

It will present new projects and multilateral announcements, and profile initiatives such as the global CitiesWithNature and RegionsWithNature partnership, which provide a platform for local and subnational governments to commit and share their ambitious actions and initiatives for and with nature, in measurable ways.

COP15 is hosted by the government of China, and as the province of Yunnan, Kunming City, and China Environment News, in coordination with ICLEI East Asia Secretariat and the Ministry of Ecology and Environment of China, have contributed to the COP since its first phase, their role is acknowledged as supporting institutions to the seventh summit.