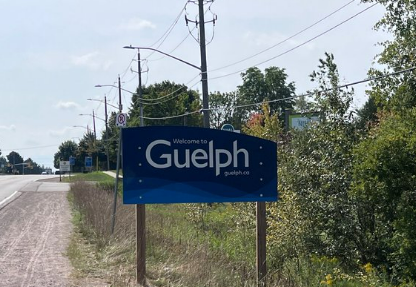 City of Guelph achieved the highest possible independent credit rating of AAA from S&P Global Ratings. This rating reflects the City’s commitment to long-term financial sustainability and the resilience of Guelph’s local economy.

“This AAA credit rating – the highest possible – is an objective, third-party assessment of Guelph’s financial picture that shows our fundamentals are solid. This is a testament to Council and administration’s collective focus on strong fiscal discipline and prudent policies,” says Mayor Cam Guthrie.

S&P is an independent company that looks at municipalities and corporations around the world and analyzes their capacity to meet financial obligations. The report highlights the strength of Guelph’s economy and budgetary resilience through future economic cycles, with S&P’s report authors noting “We expect Guelph will remain a destination for economic development.” The City’s stable financial foundation and long-term revenue planning initiatives include the Long-Term Financial Framework, strong reserve balances and responsible debt management.

S&P also highlights the benefits of the City’s multi-year budget process as key to Guelph’s stable financial position stating: “The City has begun preparing multiyear budgets” and “Guelph plans to introduce a four-year operating budget in 2024.” The report also highlights the capital program resourcing strategy, noting that “Guelph has also begun to reinforce its capital projects team, resulting in increased capital spending this year and lower expected deferrals in the future. It is also undertaking a capital reprioritization project to better inform its future capital plans.”

“This neutral, third-party credit rating is not just a letter grade on a report card. It exemplifies Guelph’s long-term planning and overall commitment to fiscal responsibility now and in the future to ensure a solid foundation for our community,” says Scott Stewart, Chief Administrative Officer for the City. “Being awarded the highest possible rating allows our tax dollars to go further through a lower cost of borrowing and provides the fiscal flexibility we need to fund critical infrastructure projects in the City.”

Additional factors contributing to S&P’s credit rating for Guelph include a relatively diverse economy, including a robust manufacturing sector and large public sector with a university, schools, hospitals and municipal administration. Guelph’s growing population, increased building activity, diverse employment base, and strong links and proximity to the Greater Toronto Area are all additional assets.

Earlier this year, S&P performed a review of the institutional framework used for credit rating analysis. The City of Guelph, along with 21 other municipalities, received a rating revision and was moved up to a credit rating of AAA. This formal review reaffirms Guelph’s standing as an AAA-rated municipality and its strong financial fundamentals.

About S&P Global Ratings
S&P Global Ratings is a leader in independent credit risk research and market intelligence including credit ratings, research, and thought leadership. It has offices in 26 countries and more than 150 years of experience.

Previous articleConsulate General of India, Toronto plans to organize the third edition of its ‘Varishtha Yoddha’ initiative in near future
Next articleCanada’s Inflation Reaches 7% In August, Down 7.6% From August 2021

Russia waging war so Putin can stay in power ‘until the end of his life’: Zelensky