Death toll from Hurricane Ian in US exceeds 110, 300k still without power 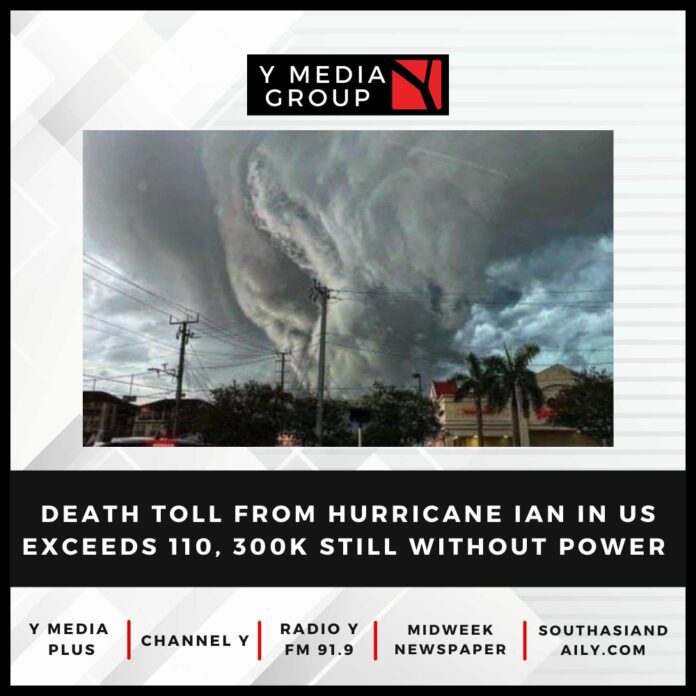 The death toll from Hurricane Ian in the US has exceeded 110, while hundreds of thousands of people remain without power.

At least 110 people, including 105 in Florida and five in North Carolina, have died due to Hurracane Ian, according to a tally by CNN on Wednesday.

Nearly 300,000 customers in Florida remained without power as of Wednesday afternoon, according to PowerOutage.us.

Biden previously said that hurricane Ian “is likely to rank among the worst in the nation’s history”.

Estimated losses from Ian’s wind and storm surges are between $28 billion and $47 billion, according to CoreLogic, a US research firm that estimates losses from natural disasters.