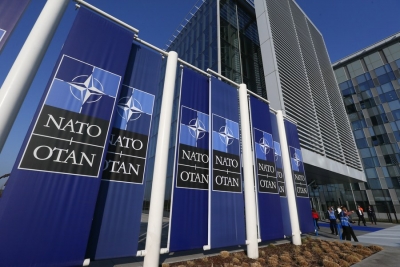 Representatives of Finland, Sweden and Turkey plan to meet this month to discuss the enlargement of NATO to the north, Finnish Foreign Minister Pekka Haavisto told reporters here.

The discussions in Finland should be continued on the basis of the memorandum that the three states signed shortly before the NATO summit in Madrid in June, dpa news agency quoted Haavisto as saying on Friday.

Before that agreement, Turkey had been blocking Sweden’s and Finland’s plans to join the western military alliance.

Turkish President Recep Tayyip Erdogan had accused the two Scandinavian nations of harbouring members of the Syrian YPG Kurdish militia, as well as members of the Gulenist movement.

The YPG is considered to have links to terrorism by some, but is considered by some Western countries to be the most effective fighting force on the ground in Syria against Islamist extremist groups.

Members of the Gulenist network are accused of organising the failed coup attempt in 2016 which claimed the lives of over 300 people.

In the agreement, Finland and Sweden countries promised Turkey, among other things, support against threats to national security.

Deportations are also to be made easier.

In future, meetings of representatives of the three countries should take place alternately in Finland, Sweden and Turkey, Haavisto said.