‘High time the world comes together to defeat all threats’, Indian PM Modi at Interpol meet 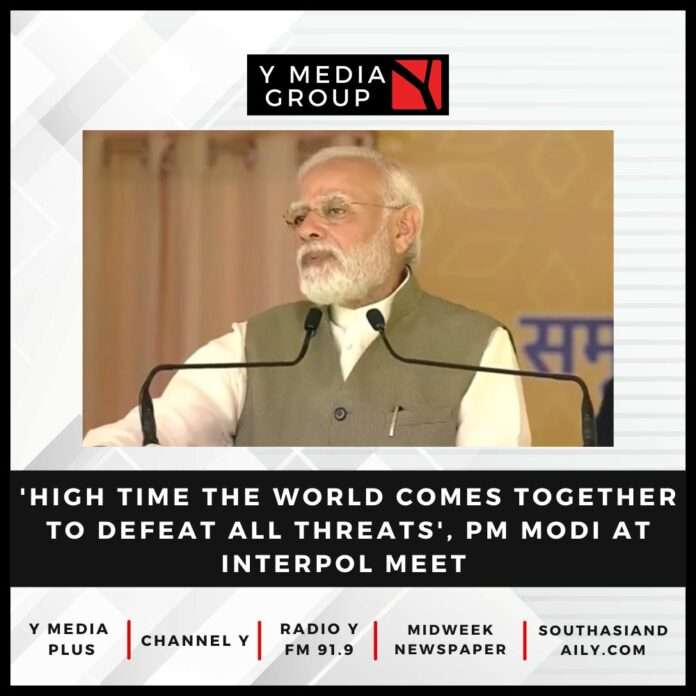 India is one of the top contributors in sending brave men and women for United Nations’ Peacekeeping operations and the country has been combating trans-national terrorism for several decades, Prime Minister Narendra Modi said on Tuesday while addressing the 90th Interpol General Assembly.

The Prime Minister noted that terrorism, corruption, drug trafficking, poaching and organised crime are some of the most harmful globalised threats that the world faces today.

“The pace of change of these dangers is faster than earlier. When the threats are global, the response cannot be just local. It is high time that the world comes together to defeat these threats,” Modi said.

He added that “long before the world woke up to it, we knew the price of safety and security. Thousands of our people made the ultimate sacrifice in this fight. But it is no longer enough that terrorism is fought only in the physical space. It is now spreading its presence through online radicalisation and cyber threats”.

“At the click of a button, an attack can be executed or systems can be brought to their knees. Each nation is working on strategies against them. But what we do within our borders is no longer enough. There is a need for further developing international strategies, establishing early detection and warning systems, protecting transportation services, security for communication infrastructure, security for critical infrastructure, technical and technological assistance, intelligence exchange… Many of these things need to be taken to a new level,” he underlined.

“A safe and secure world is our shared responsibility. When the forces of good cooperate, the forces of crime cannot operate,” the Prime Minister added.