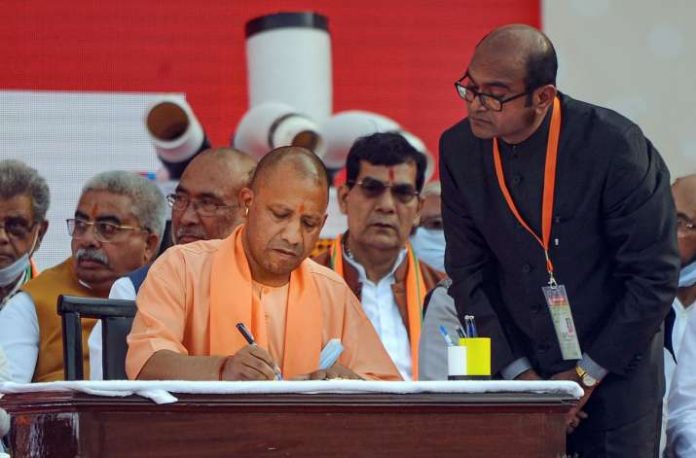 In the first major decision of the Yogi Adityanath government in Uttar Pradesh, the state cabinet on Saturday decided to extend the free ration scheme initiated during the Covid pandemic by three more months. The program was supposed to expire in March.

A total of 15 crore people are benefiting from the program in the state, Adityanath said. The program was an important narrative in the just-concluded Assembly elections in Uttar Pradesh.

The governor administered the oath of Protem speaker on Saturday.