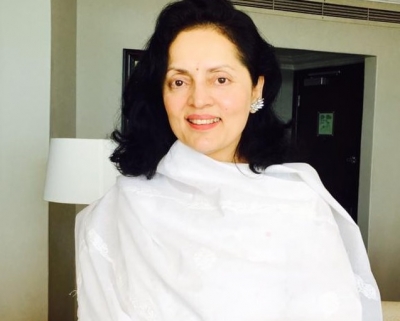 India has warned that the world body UN could slip into oblivion and be overtaken by more democratic organisations if the UN Security Council is not reformed to make it more relevant to today’s geopolitical realities.

India’s Permanent Representative to the UN, Ruchira Kamboj said on Monday, “A truly representative Security Council is the most pressing need of the hour. “

“Else, there is a real danger of the United Nations being superseded by other plurilateral and multilateral groupings which are more representative, more transparent and more democratic and, therefore, more effective,” she added.

“The most urgent thing, therefore, for us to do is to make the Security Council more representative of developing countries, so as to reflect current geopolitical realities,” Kamboj said at the Council meeting on “Maintenance of International Peace and Security: Promoting Common Security Through Dialogue and Cooperation”.

In a world very different from the world of 1945 when the UN was founded, she asked, “Is the UN, particularly the Security Council which is the foremost organ tasked with the responsibility of maintaining international peace and security, able to remain relevant?”

More than two decades of efforts to reform the Security Council which is stuck in the post-World War II structure have failed because of obstruction from a small number of countries led by Italy and includes Pakistan.

As it has in previous years, the negotiations for Council reforms were pushed last month to the next session of the General Assembly after failing to even adopt a negotiating text on which the discussions can be based.

India has been pushing for reforming the Council and staked a claim to a permanent seat in the restructured body.

“In my country, which now represents more than one-sixth of humanity, we believe that until we ‘reform, perform and transform’ multilateral governance structures, we would be continuing to found wanting,” Kamboj added.

The call for reforms takes on a sense of urgency as the Council mired by system of vetoes of the permanent members has been unable to act on Russia’s invasion of Ukraine.

UN Secretary-General Antonio Guterres drew attention to the hobbling of the Council.

While “today’s collective security system is being tested like never before,” he said.

“Lingering differences between the world’s great powers — including at this Council — continue to limit our ability to collectively respond.”

“Many of the systems established decades ago are now facing challenges that were unimaginable to our predecessors — cyberwarfare, terrorism and lethal autonomous weapons,” Guterres added.

Kamboj said, “A body that was founded in the aftermath of the second world war, which continues to reflect in its decision-making, 77 years later, the fundamentally flawed premise of ‘to the victors belong the spoils, will continue to be confronted with a crisis of confidence and credibility.”

When the UN was set up in 1945, the permanent seats on the Council were given to the five countries on the winning side of World War II, locking out India, then a British colony, today’s economic powers like Germany and Japan, and all Latin American and African countries.

She added that while terrorism, radicalism, threats from new and emerging technologies, climate change, pandemics, and intensifying geopolitical competition are threatening the world, the UN response has been “been partial or intermittent at best”.

“It is clear today that the challenges the world is confronted with cannot be dealt with through outdated systems and governing structures,” she said.