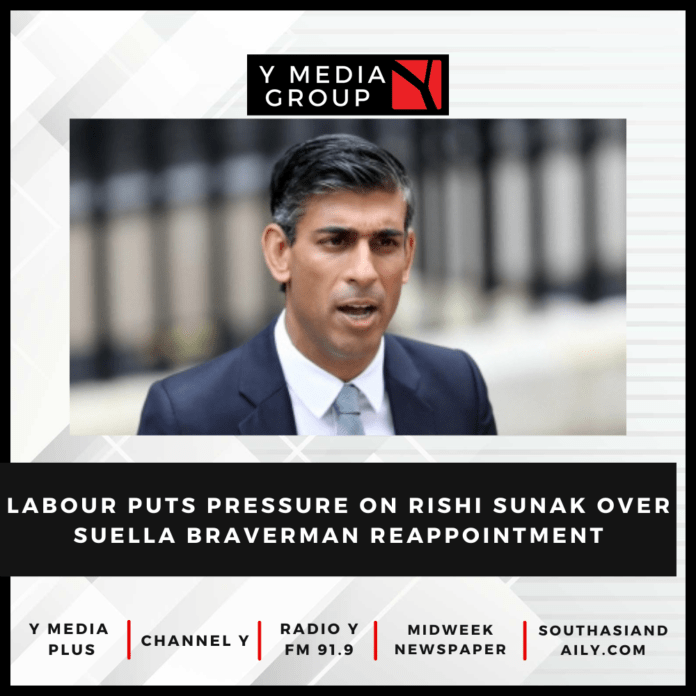 Labour is urging the government to publish its assessments of Suella Braverman’s security breach following her controversial reappointment as UK home secretary just six days after she was forced out, local media reported.

New Prime Minister Rishi Sunak is under growing pressure over reinstating Braverman as home secretary after a former party chair claimed she had committed “multiple breaches” of the ministerial code, Sky News reported.

He has so far resisted demands to launch an inquiry after she shared a sensitive document with a Tory backbencher from a personal email without permission, Sky News reported.

Both Labour and the Liberal Democrats have raised “national security” concerns over the breach, as well as called for a Cabinet Office probe.

Labour will try to push ministers to share risk assessments of this and other alleged leaks, as well as the information given to Sunak before he reinstalled her at the Home Office, with a “humble address” motion in Parliament.

Braverman has so far refused to appear before MPs to explain the circumstances surrounding what happened.

Shadow Home Secretary Yvette Cooper said: “Rishi Sunak and Suella Braverman cannot keep running away from these questions. It is far too serious for that, and raises serious doubts about the prime minister’s judgement.

“People need to know they can trust the Home Secretary with highly sensitive information and our national security. Rishi Sunak’s decision to reappoint Suella Braverman was deeply irresponsible.

“Labour will use every parliamentary mechanism open to force government to come clean over her reappointment, to get answers and to require detailed documents to be released to the Intelligence & Security Committee”, Sky News reported.

Braverman resigned from her post just over a week ago after using her personal email address to forward sensitive government documents, breaking the rules that ministers have to abide by.