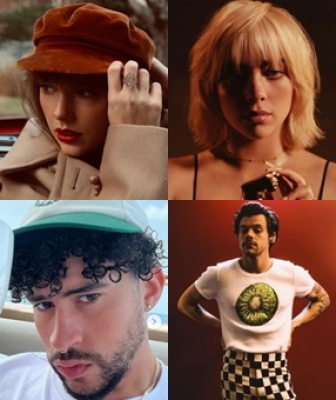 The 2022 MTV VMA concluded at the Prudential Centre in New Jersey. In addition to the awards, host Nicki Minaj was honoured during the show with the Video Vanguard Award, while the Global Icon Award was given to the Red Hot Chili Peppers, reports Variety.

Nominees throughout the categories include Madonna, who is the most-awarded artiste in VMAs history with 20 wins, Beyonce, Harry Styles, Bad Bunny, Adele and more. According to Variety, performers for the show included Rap icons Eminem, Snoop Dogg, K-pop sensation Blackpink, Bad Bunny, Anitta, Jack Harlow, Kane Brown and others.

Taylor Swift’s ’10 Minute Version’ of ‘All Too Well’ bagged the video of the year award and also named the best long-form video.

Billie Eilish was feted with Song of the Year for ‘Happier Than Ever’. Iconic American rock band Red Hot Chili Peppers were awarded in the Best Rock category for ‘Black Summer’ with Artist of the year being conferred upon Bad Bunny.

Jack Harlow won the Song of the Summer for his ‘First Class’ as Nicki Minaj ft. Lil Baby bagged the Best Hip-Hop award for ‘Do We Have A Problem?’. Korean girl band Blackpink created history as Lisa won Best K-Pop at the 2022 VMA’s for her song ‘Lalisa’.

Harry Styles walked away with the trophy for Best Album for ‘Harry’s House’.

The roster of winners also included: Lil Nas X and Jack Harlow for ‘Industry Baby’ in the Best Collaboration category; Seventeen’s December 2021 performance of ‘Rock With You’ for Push Performance of the Year; Blackpink The Virtual and PUBG for Best Metaverse performance; Best Pop for Harry Styles’ viral track ‘As It Was’; Best R&B for The Weeknd’s ‘Out Of Time’; and Best New Artist award for Dove Cameron.

Previous articleFrom Jimmy Fallon to HK cricketers, why’s the world jiving to ‘Kaala Chashma’?
Next articleCreating an extraordinary life by using the power of your mind