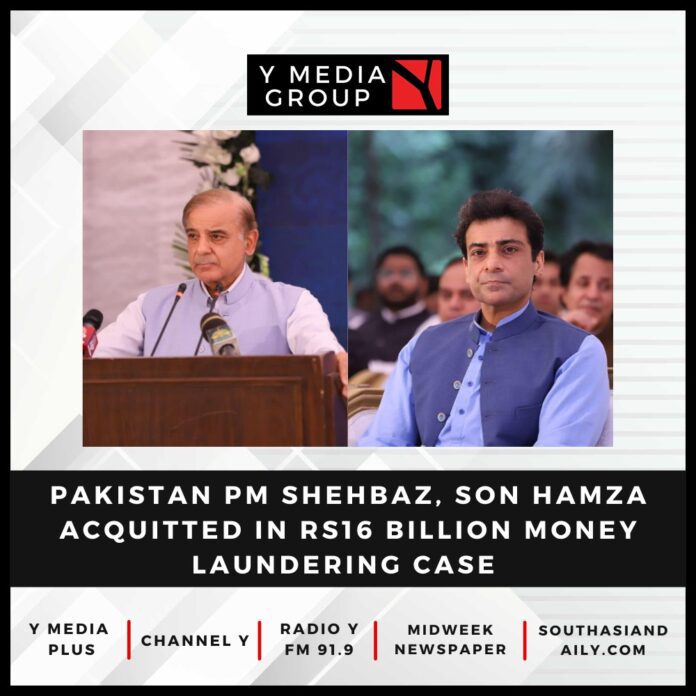 The decision was announced by Judge Ijaz Hassan Awan after the court had reserved the verdict in the case earlier on Wednesday, Dawn reported.

To celebrate the ruling, a number of PML-N supporters took to the streets with ‘dhols’ and distributed sweets.

The Federal Investigation Agency (FIA) had booked Shehbaz and his two sons, Hamza and Suleman, in November 2020.

Suleman had been declared a proclaimed offender by the court for his constant absence in the trial proceedings, Dawn reported.

The FIA had on Tuesday told the court that no direct transaction had been made in the bank accounts of PM Shehbaz and his son from benami accounts.

At the outset of the hearing on Wednesday, Advocate Amjad Pervez — who represents PM Shehbaz and former Punjab chief minister Hamza — requested the court to grant the premier another exemption from hearing due to his unavoidable official engagements.

The court had on Tuesday approved a similar request.

Pervez told Judge Awan that none of the witnesses recorded a testimony against the PM or his son. He accused the investigation officer of trying to present “twisted statements” of witnesses.

He castigated the FIA, saying the agency made the cases “on the basis of malice”.

According to the law, the prosecution has to prove its case, he argued, adding that the prosecution could not present any evidence on the charge of bribery so far, Dawn reported.