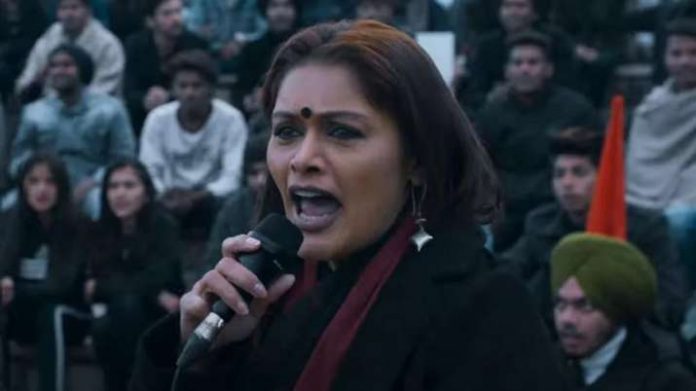 Actor and producer Pallavi Joshi quashed rumours doing rounds on the internet claiming their recently released film ‘The Kashmir Files’ contains some fictional content. The Vivek Ranjan Agnihotri directorial film ‘The Kashmir Files’ featuring Anupam Kher, Mithun Chakraborty, Pallavi Joshi, Darshan Kumaar, and others has been the talk of the town since its release on March 11, 2022. At a press conference held in Lucknow city, Uttar Pradesh on Sunday, the team was asked if the reports of the movie containing fictional content were true.

Film producer Pallavi Joshi who has also played Professor Radhika Menon–the believer in the ‘Kashmir Cause’ in the movie, rubbished the rumours and revealed that she and her husband Vivek Agnihotri spent about four years doing the research work for the movie.

“We went across the world, USA, UK, Germany, Singapore, Jammu and Kashmir, Pune, Thailand, Delhi, wherever we could find the first family of the victim, whose father was murdered, whose mother was raped, the children who saw their parents being murd