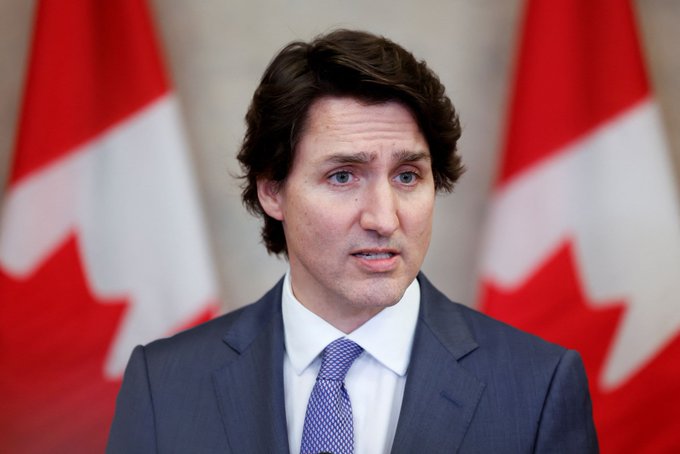 The Prime Minister, Justin Trudeau, participated in the virtual Summit for Heads of State and Government of the International Crimea Platform, where he announced new sanctions against supporters of the Russian regime, as well as additional assistance for Ukraine.

Chancellor of Germany Olaf Scholz, currently visiting Canada, also participated in this Ukraine-led initiative. The two leaders highlighted their solidarity and unwavering support for Ukraine and the Ukrainian people bravely defending their sovereignty, territorial integrity, and independence against Russia’s illegal and unjustifiable invasion.

To increase pressure on Putin’s regime, the Prime Minister announced that Canada is imposing new measures on 62 close associates of the Russian regime and a defence sector entity that is complicit in Russia’s invasion of Ukraine. Among the individuals sanctioned are high-ranking Russian government officials, including Russian federal governors and regional heads, their family members, and senior officials of currently sanctioned defence sector entities.

To support the Ukrainian government and people, the Prime Minister also announced allocation of  funding for two Ukraine projects through the Peace and Stabilization Operations Program (PSOPs), totalling $3.85 million. This funding will provide additional support to Ukraine’s security sector institutions and includes:

Today, Prime Minister Trudeau also announced that Canada will continue to counter Russian state-sponsored disinformation by creating a dedicated team to help increase Canada’s capacity to understand, monitor, and detect Russian and other state-sponsored disinformation and enable deeper international collaboration, including through the G7 Rapid Response Mechanism (RRM). Canada welcomes German leadership under the G7 RRM of a working group focused on the threat of subnational foreign interference at community, municipal and regional levels.

To respond to the urgent need to increase grain storage capacity in Ukraine due to Russia’s invasion, and help improve food security in the country, the Prime Minister announced at this year’s G7 Summit in Germany a $52 million contribution towards agricultural solutions. Canada’s contribution will be channelled through the Food and Agriculture Organization’s (FAO) Grain Storage Support Strategy. $50 million of that contribution will go towards grain storage solutions and $2 million will be dedicated for lab equipment and associated technical assistance. Canada’s support will benefit over 1,900 farmers and over 4,800 people overall, including by providing employment for, and protecting the livelihoods of, internally displaced persons in Ukraine.