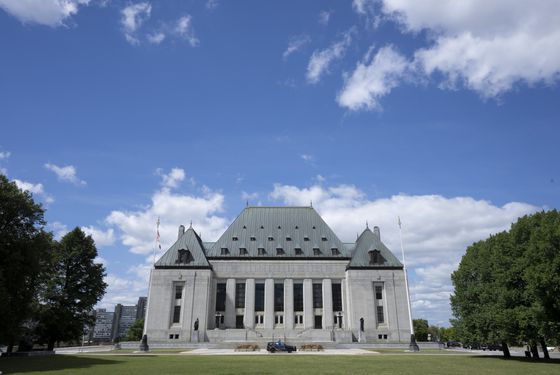 The Prime Minister, Justin Trudeau, today announced the nomination of the Honourable Michelle O’Bonsawin to the Supreme Court of Canada.

Justice O’Bonsawin is an accomplished jurist with expertise in the areas of mental health, Gladue principles, labour and employment law, human rights, and privacy law, and has been a judge of the Ontario Superior Court of Justice in Ottawa since 2017. Justice O’Bonsawin holds a B.A., an LL.B., and an LL.M., and completed her Ph.D. in Law earlier this year. A fluently bilingual Franco-Ontarian, she is an Abenaki member of the Odanak First Nation.

Following today’s announcement, the House of Commons Standing Committee on Justice and Human Rights members will participate in a special committee hearing on August 24, 2022. During this hearing, they will hear from the Minister of Justice and Attorney General of Canada, the Honourable David Lametti, and the Chairperson of the Independent Advisory Board for Supreme Court of Canada Judicial Appointments, the Honourable H. Wade MacLauchlan, on the selection process and the reasons for Justice O’Bonsawin’s nomination.

As part of the Government of Canada’s commitment to openness, transparency, and accountability, the House of Commons Standing Committee members will then participate in a question-and-answer session with the nominee. They will be joined by Standing Senate Committee on Legal and Constitutional Affairs members and a member of the Green Party of Canada. This session will be moderated by Alain Roussy, Vice-Dean of the French Common Law Program of the Common Law Section at the Faculty of Law of the University of Ottawa.

This nomination aims to fill the vacancy created by the upcoming retirement of the Honourable Michael J. Moldaver. The Prime Minister once again thanked Justice Moldaver for his service and congratulated him on his distinguished judicial career.

“I am pleased to announce the nomination of Justice Michelle O’Bonsawin to the Supreme Court of Canada, which is recognized worldwide for its strength, excellence, and independence. Her nomination is the result of an open, non-partisan selection process. I am confident that Justice O’Bonsawin will bring invaluable knowledge and contributions to our country’s highest court.”The Rt. Hon. Justin Trudeau, Prime Minister of Canada