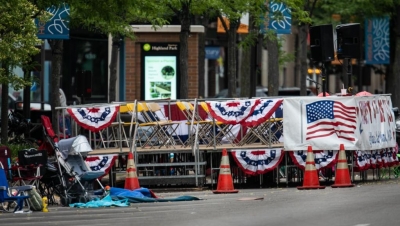 Robert Crimo III, the suspect in the mass shooting during a Fourth of July parade in Chicago’s Highland Park suburb, is facing 110 additional criminal charges after a grand jury handed down an indictment.

The indictment announced on Wednesday added an additional 14 counts of first-degree murder for a total of 21, Chicago Tribune reported.

The grand jury also indicted Crimo on 48 counts of attempted murder and aggravated battery for each victim who was injured by gunfire when he used a high-powered rifle and fired more than 83 rounds from a rooftop overlooking the parade in downtown Highland Park.

The accused was arrested on the same day of the shooting.