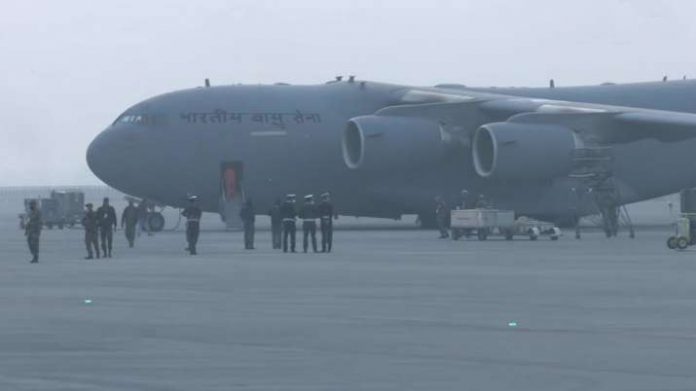 The Indian Air Force’s first flight carrying 200 people from Bucharest landed at 1.30 am and Union Minister of State for Defence Ajay Bhatt welcomed them at the airbase. The second evacuation flight carrying 210 people from Budapest landed at the Hindon airbase. A little while after the second, the IAF’s third evacuation flight arrived at the airbase from Rzeszow with 208 Indians. The fourth flight brought 180 Indians from Bucharest.

“I welcome you all on your safe return to our motherland… PM Modi himself is monitoring all developments,” Union Minister Ajay Bhatt said while interacting with the evacuees at the airbase.