UP Assembly Election 2022: Voting for 59 seats in 9 districts in the fourth phase underway 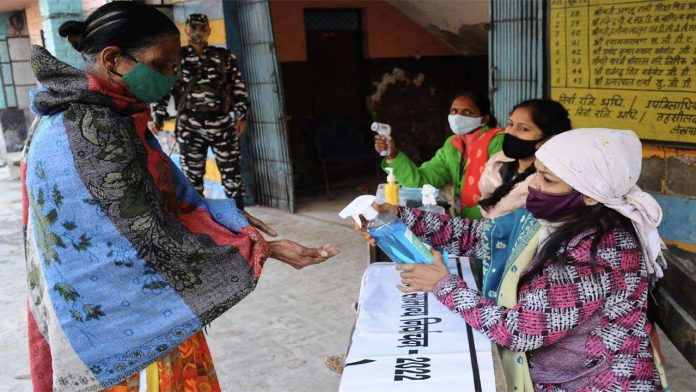 The fourth phase of voting for the Uttar Pradesh Assembly Election 2022 is underway. In this phase, votes will be cast for 59 assembly seats in 9 districts. 624 candidates from Rohilkhand to Terai belt and Avadh region are in the fray. 16 seats are reserved for the candidates belonging to the Scheduled Castes.

In the first three phases, votes were cast for 172 out of 403 seats in the UP Assembly. 59 assembly seats in the fourth phase of UP assembly elections are from Raebareli, Pilibhit, Lakhimpur Kheri, Sitapur, Hardoi, Lucknow, Unnao, Fatehpur and Banda districts.

For the fourth phase of polling, elaborate security arrangements have been made. Special monitoring is being done at sensitive booths. Out of  the 59 seats, 3 – Hussainganj, Bindki, Fatehpur are considered sensitive.

Special arrangements have been made to motivate women to vote. 137 pink booths (women’s booths) have been set up in various districts. 36 women inspectors, sub inspectors and 277 women constables and head constables have been deployed at Pink Booths.