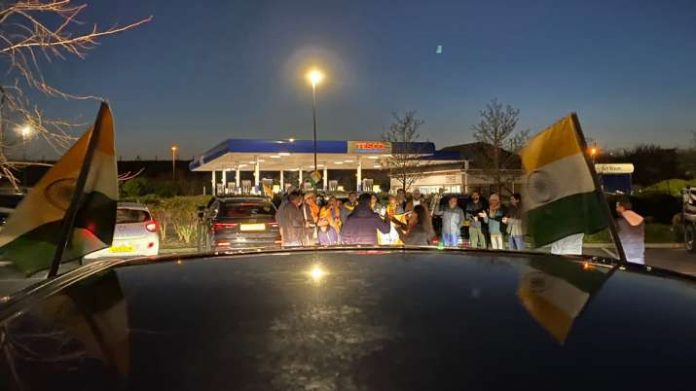 The diaspora said that Adityanath has transformed the state in the last five years and he should be given one more term to serve the people of the country’s most populous state.

“Under CM Yogi Adityanath, people of UP have seen transformational changes. Women’s safety has become a priority along with eradication of corruption and we the Indian diaspora in the UK are very happy and put our faith behind the incumbent CM Yogi Adityanath,” the diaspora said in a statement.

“We want to show our support and unity and send a clear message to families in UP that we stand in support of Yogi Adityanath and encourage everyone to vote for betterment. Since 2017, Yogi Adityanath has tackled the menace of crime effectively. He has attracted national and foreign capital investment to UP by providing improvements in infrastructure & implementing numerous policies for the progress of UP, which has had a positive impact on the daily lives of the residents of UP,” it said.

The diaspora noted that India got independent in 1947 but there was a dynastic autocracy by Nehru’s family.