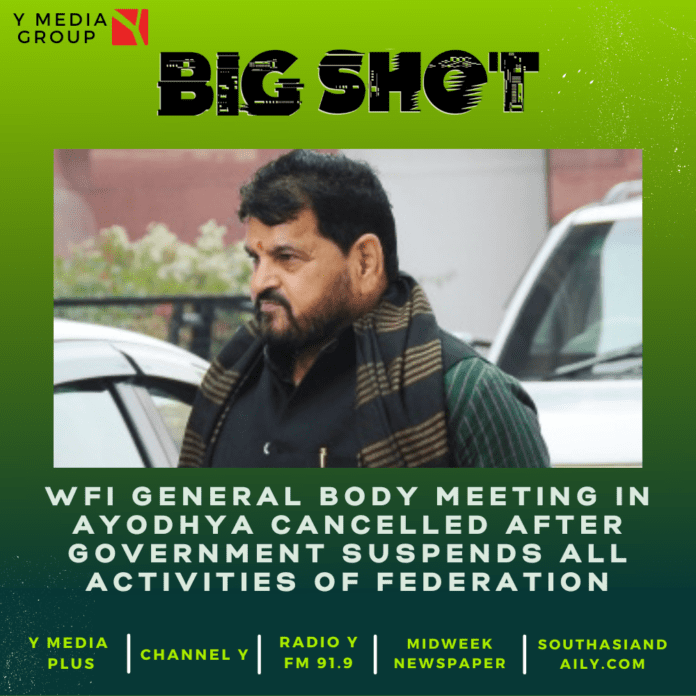 The general body meeting of the Wrestling Federation of India (WFI), scheduled to take place in Ayodhya on Sunday, has been cancelled after the Sports ministry suspended all the ongoing activities of the federation and appointed an Oversight Committee to take over the day-to day functioning.

The committee will probe the allegations of sexual harassment and corruption against the WFI chief Brij Bhushan Sharan Singh. The WFI chief will step aside until the probe is completed.

“The Ministry of Sports has communicated to the Wrestling Federation of India on Saturday that in view of the Government’s decision to appoint an Oversight Committee to investigate the various allegations raised by athletes against the Federation, WFI will suspend all ongoing activities with immediate effect, unless the Oversight Committee is formally appointed and takes over the day-to-day functioning of WFI,” the ministry said in a statement.

“In view of the direction to suspend all activities immediately, the Sports Ministry has asked WFI to also cancel the ongoing Ranking Tournament in Gonda, UP. The Ministry has directed WFI to return the entry fees charged to participants for the ongoing event,” the statement read.

Notably, the protesting grapplers called off their protest after a meeting with Sports Minister Anurag Thakur and getting an assurance of a detailed probe into the allegations.

Top Indian wrestlers Bajrang Punia, Vinesh Phogat, Sakshi Malik and other grapplers on January 18 staged a protest against the WFI. The 28-year-old Phogat alleged that Brij Bhushan Sharan had been harassing female wrestlers.