Who is Al Qaeda’s Ayman al-Zawahiri? 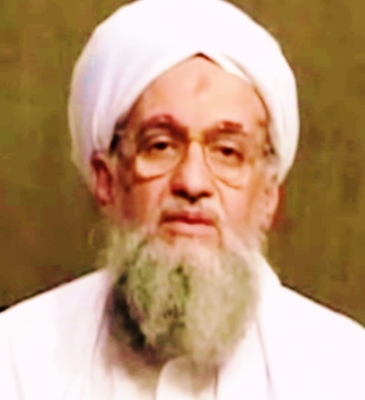 Ayman al-Zawahiri succeeded as the leader of the global terror group Al Qaeda after former US President Barack Obama took out the dreaded Osama Bin Laden in a planned attack in Abotttabad in 2011.

Al-Zawahiri, who was killed in a US drone strike carried out by the CIA in Kabul on Sunday, was a top deputy to bin Laden before taking the helm of the group.

Taliban spokesman Zabiullah Mujahid confirmed and condemned the attack on Twitter, calling it “a clear violation of international principles”.

However, the 2020 Doha Agreement, which preceded US President Joe Biden administration’s highly criticized withdrawal of American troops from Afghanistan last year, called for the Taliban to combat terrorism within the country.

Al-Zawahiri was also a doctor and founder of the Egyptian Islamic Jihad terror group, which later merged with the Al Qaeda, according to intelligence sources.

The 71-year-old was listed as one of the FBI’s Most Wanted Terrorists, and there was a $25 million reward for his capture. The Egypt-born terrorist helped plot the September 11, 2001, terror attacks and was wanted in connection with the 1998 American Embassy bombings in Tanzania and Kenya, as well as the 2000 attack on the USS Cole in Yemen, according to the State Department.

He had publicly urged terrorists to attack the US and Western allies and abduct citizens.

The Embassy bombings killed 224 people, including 12 Americans, and injured more than 4,500 other victims.

The attack on the USS Cole killed 17 American sailors.

Other conspirators in the attacks, including bin Laden and Muhammad Atef, have already been killed.

Seven other suspects in the Embassy bombings are serving life imprisonment in American jails.

In his youth, al-Zawahiri was a member of the Muslim Brotherhood in Cairo, according to the State Department. He went to medical school and became an eye surgeon before joining forces with bin Laden in the mid 1980s.

They became close during the Soviet occupation of Afghanistan.

According to documents seized at bin Laden’s compound in Abbottabad, al-Zawahiri graduated from the Cairo University in 1974.

Ideologically he opposed secular governments, and he was arrested in 1981 after the assassination of former Egyptian President Mohammad Anwar Al-Sadat on a charge of carrying a weapon without a license.

More recently, he denounced the Islamic State (IS) terror group for its brutality in Iraq and Syria.

Another Al Qaeda leader sought in connection with the embassy bombings, Saif al-Adel, remains on the FBI’s Most Wanted list.