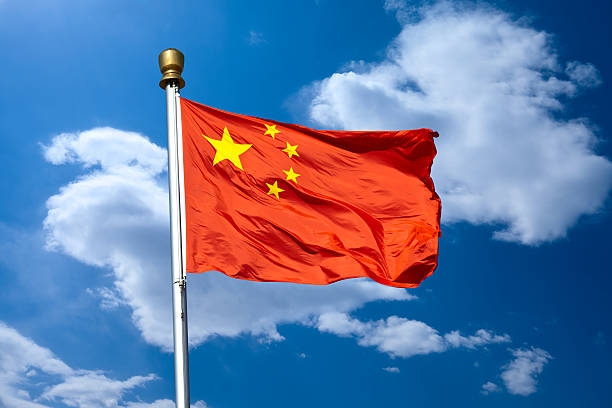 China’s ambassador to India in a newspaper interview expresses the hope that India will support the One China policy, calling such support the foundation of China’s relations with all countries, including India.

It is extraordinary he should say this after China has violated all previous border agreements, attempted unilaterally to alter the Line of Actual Control (LAC), massed thousands of troops on our border, continues to build military infrastructure to threaten our security and continues to claim large parts of our territory. That he should not be conscious of the absurdity of his position demonstrates China’s sense of entitlement as it grows stronger economically and militarily that it expects others to accept China’s positions without it accepting any reciprocal commitments.

What is even more absurd is that he calls such support as the foundation of China’s relations with India. This is new, because since 1954 it was the principles enshrined in the Panchsheel agreement that governed India-China relations. The 1993, 1996 and later border agreements till 2013 added new foundational stones.

After China’s aggression on the border in 2020, India has laid down new parameters of India-China ties: Full adherence to agreements reached: any attempt to unilaterally alter the LAC is unacceptable: peace and tranquility in border areas is the basis of development of bilateral relations; Chinese acceptance of the notion of a multipolar Asia as the foundation of a multipolar world; India cannot be sensitive to China’s concerns on Tibet and Taiwan without China recognising India’s sensitivities about Kashmir; an India-China composite dialogue based on three mutuals- mutual respect, mutual sensitivity and mutual interests; and, civilizational states like India and China must always take a long view.

That the Chinese ambassador should make short shrift of all this and state that India’s support for One China policy without reciprocal support for One India policy is precisely what Minister Jaishankar highlighted in 2020 as the objectionable elements of Chinese diplomacy when he referred to the Chinese habit of selectivity- selective interpretation of agreements, interpretation of selective clauses of agreements, and picking up selective portions of the history of bilateral agreements.

The Chinese ambassador’s formulation carries a veiled threat that the ‘foundation’ of China-India ties will be shaken if India did not conform to a One China policy. It is an attempt to create a new pressure point, discouraging India from taking any steps to strengthen ties with Taiwan.

So far India has remained silent on the tensions arising from US House of Representatives Speaker Nancy Pelosi’s visit to Taiwan. If India, conscious of our traditionally close strategic with Russia, could, in a constructive spirit and knowing the stakes involved for the rest of the world, call for an immediate ceasefire and recourse to diplomacy in the case of the Ukraine conflict, and state that neither side will emerge victorious from it, the reasons for our circumspection in the case of the conflict building up in Taiwan are not clear.

Unlike Russia, China is an adversary, its aggressiveness and intimidating tactics against Taiwan are mirrored in its belligerence towards India. Calling for restraint, cautioning against military escalation, advising recourse to diplomacy to resolve issues peacefully and expressing concern about interference in navigation through international waters can be rightly said by us, given our own stakes in curbing China’s military adventurism and increasing threats, both lands based and maritime, to our own security. Such a norm based non-accusatory statement should not interfere in our efforts to resolve issues on the LAC that have arisen with China’s border intrusions. China has a record of making statements on India-Pakistan issues.

As is happens, the Chinese ambassador has put us at a disadvantage by cautioning us in advance against India making any statement on Taiwan that displeases China.

China has described Nancy Pelosi’s visit as reckless, irresponsible and extremely irrational. All these adjectives could apply more appropriately to China’s response. Pelosi’s visit was political in nature, to express US solidarity with Taiwan in the face of Chinese threats.

Taiwan is no position to threaten China militarily, much less invade it. Her visit did not pose any military threat to China whose response has been unabashedly military in nature. China has conducted military exercises encircling Taiwan, launched missiles, put in action fighter aircraft and drones and crossed the median line with the intention to intimidate Taiwan and signal to the US its capacity and readiness to achieve reunification by force if required.

China’s claim that Pelosi’s visit violates its sovereignty and territorial integrity has no political or legal basis. China may have sovereign claims over Taiwan, as it has over features in the South China and East China Seas, as well as over land belonging to India and Bhutan. But that does not make these claims legitimate. Invoking territorial integrity assumes that Taiwan is an integral part of China.

If that were the case, Taiwan would not have an international personality, issue its own passports, be a WTO member, have FTAs with a handful of countries as well as diplomatic relations. Setting up trade offices in Taiwan, as India has done, does not require Beijing’s approval. There is a need to challenge the Chinese narrative.

China’s ambassador to the US loftily claims that Taiwan has been an inseparable part of China’s territory for 1,800 years. In 1895 Taiwan was ceded to Japan by the Chinese emperor.

The Allies restored it to the Republic of China (RoC) in 1945, not the People’s Republic of China (PRC), whose legitimacy was questioned until Cold War calculations of profiting from the Sino-Soviet rift and the end of any prospect of ‘recovery of the mainland’ by the Kuomintang regime in Taiwan coupled with the consolidation of the communist regime in mainland China under Mao, led to the replacement of RoC by the PRC as the only legitimist representative of China to the UN in 1971.

It needs remembering that it was not a unanimous resolution. Only 76 countries voted for, 35 voted against and 17 abstained. If so, many voted against or abstained, it is clear that while the issue of China’s representation in the UN was decided, the issue of sovereignty over Taiwan was not. It was left to the two contending Chinas to resolve it in time. That in 1979 when US and China established diplomatic ties the US recognised the PRC as the sole legal government of China merely confirmed what had already been recognised by the UNGA in 1971, nothing more.

His other argument that Pelosi paid a high-profile ‘official visit to Taiwan’, which he described as ‘extremely irresponsible, provocative and dangerous moves’, ignores Speaker Newt Gingrich’s visit in 1997, those by several Congressional delegations, including that by the Chairman of the Senate Foreign Relations Committee Bob Menendez to Taiwan in April this year. In June the Chinese Defence Minister Wei Fenghe stated that China will ‘not hesitate to start a war’ and ‘smash to smithereens’ Taiwan is worth recalling.

The ambassador’s analogy that ‘If an American state were to secede from the United States and declare independence, and then some other nation provided weapons and political support for that state, would the U.S. government – or the American people – allow this to happen?’ begs the question how Taiwan has ‘seceded’ from China. He claims that ‘The Taiwan question is about China’s sovereignty and unity – not democracy’ and that the US ‘should show respect for the call of the Chinese people’, from which he excludes respect for the call of the people of Taiwan as implicitly undemocratic. This Chinese position explains why China has throttled democracy in Hong Kong in violation of an international treaty in the name of sovereignty. There is a lesson in this for Taiwanese democracy.

The ambassador concluded by visualising the possibility of a conflict between US and China over Taiwan. As it is, the manner in which China has raised the ante raises the question of how the US will meet China’s openly belligerent challenge.

The placatory statements emanating from the US establishment and the belief of many that the US has unnecessarily stirred a hornet’s nest do not provide clarity. That similar sense of caution and doubt is cast aside in the case of challenging Russia in Ukraine where there is no direct challenge to US power or military movements directed against it shows a flaw in America’s geopolitics.

Disclaimer: Kanwal Sibal is India’s former Foreign Secretary and Ambassador to Russia. The opinions expressed within this article are the personal ideas of the author. The facts and conclusions appearing in the article do not reflect the views of Y Media and Midweek Newspaper, and Y Media does not assume any responsibility or liability for the same.