Will miss this House, have a huge responsibility now: Bhagwant Mann after resigning as Sangrur MP 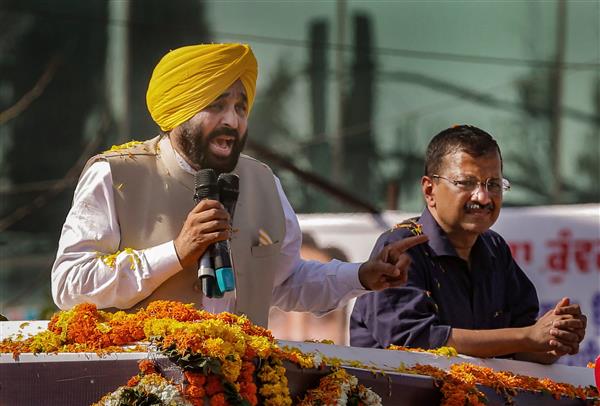 After resigning, Mann said he would miss the House.

Speaking to reporters before leaving for Punjab, Mann, on his last day in Lok Sabha, said, “I will miss this House. The people of Punjab have given me a huge responsibility to serve the whole of the state. I promise the people of Sangrur that another AAP voice will soon resonate in Lok Sabha.”

Asked how he proposed to govern a sensitive border state like Punjab, Mann thanked three crore Punjabis for trusting AAP and Arvind Kejriwal’s guarantees and gave love to him.

“I have been a seven-year MP. We have the experience of running the administration. We are running the government in Delhi for the third time. We are not new. We know how to run governments”, said Mann.