Amid rising tensions with China, India-US to hold military exercise near LAC 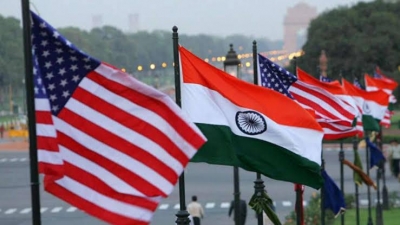 Amid rising tensions with China, India and the US will come together for a two-week high altitude military exercise at Auli in Uttarakhand, less than 100 km from the Line of Actual Control (LAC) in the central region.

The Indo-US joint exercise is known as ‘Yudh Abhyas’ which is in its 15th edition this year.

Sources in the defence and security establishment said a joint exercise is being planned from October 14 to 31, where both the forces will conduct ‘maneuvers to exploit the full scope’ of the high altitude warfare. The sources said that the location (at 10,000 feet) where the exercise will take place falls in Phase 1 of adaptation to high altitude.

“This time it is a very important exercise as the Indian side will be showcasing its high altitude warfare strategies, while the US will demonstrate a number of techniques that can be used in such scenarios. This exercise is planned in such a way that both the sides can come together for any scenario,” said a source.

Another source said that various activities have been planned for both sides to take full advantage of the two-week military exercise and to see how the troops can work together.

India and China have seen escalating tensions along the LAC in the last two years following the standoff in Ladakh.

Meanwhile, tensions mounted between the US and China over House Speaker Nancy Pelosi’s visit to Taiwan on Tuesday.