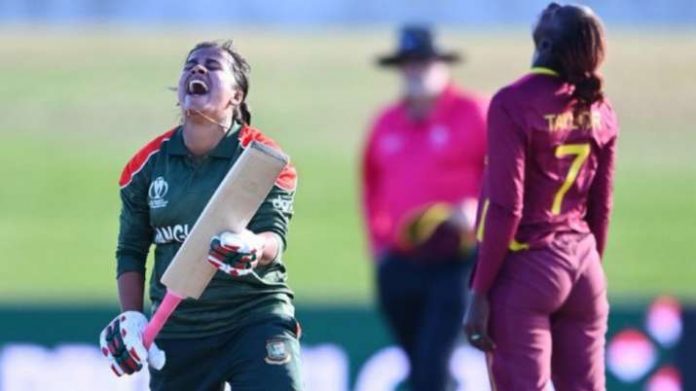 West Indies bowlers Hayley Matthews and Afy Fletcher produced superb spells as the team managed to defend a small total and earn full points in the ICC Women’s World Cup match against Bangladesh at the Bay Oval here on Friday.

Defending 140/9, the Stafanie Taylor-led West Indies bundled out the gritty World Cup debutants for 136 with just three balls to spare in a thriller.

West Indies have climbed to third position on the table with six points from three wins out of five, while Bangladesh are seventh with two points from four games.

In the end, it came down to the final six balls in Tauranga, with experienced West Indies skipper Stafanie Taylor (3/29) bowling to Nahida Akter (25 not out) and Bangladesh still requiring eight runs for victory with just one wicket in hand.

Taylor once again delivered for her country when required as Fariha Trisna fell for a duck on the third ball of the over to hand West Indies the narrow victory.