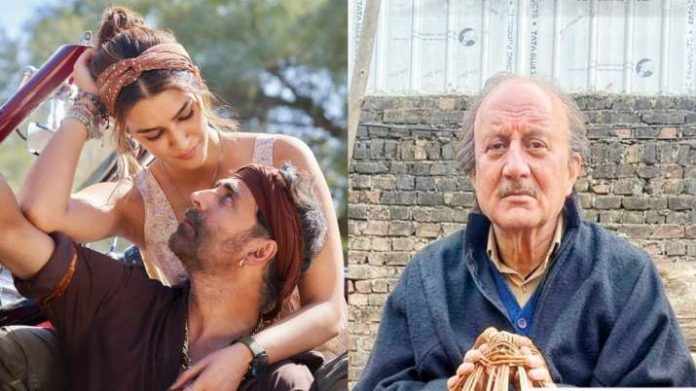 Vivek Agnihotri’s latest directorial venture, ‘The Kashmir Files’, is unstoppable at the box office and is giving tough competition to Akshay Kumar‘s ‘Bachchhan Paandey.’ Featuring Anupam Kher in the lead, the film registered a strong second weekend, crossing the Rs 150 crore mark on Sunday. While for the action-comedy film, it opened to mixed reviews, registered an ordinary first weekend. It’s now time to talk about the Monday collections of both the film which have come down as compared to the weekend. As per a report in Box Office India, ‘The Kashmir Files’ collections were down by 50% as compared to Sunday and might earn around 13-14 crore nett on its second Monday. While for Farhad Samji’s directorial, its figures dropped heavily on Monday around 65-70% as compared to Sunday.

The report while talking about The Kashmir Files said, “The collections look to be around 50% down from Sunday which should mean a 13-14 crore nett second Monday. Its difficult to compare to the Friday as it was Holi and most multiplexes were shut in the morning. the film should stay in double digits through the weekdays and maybe close with an insane second week of 120 crore nett. It will be the second highest second week in history after Bahubali – The Conclusion and the third to go above 100 crore nett.”

Previous articleIndia-Australia virtual summit today; India likely to get an investment of Rs 1,500 crore
Next articleRunway 34: The real story behind Ajay Devgn, Amitabh Bachchan’s mid-air thriller will give you goosebumps