India-Australia virtual summit today; India likely to get an investment of Rs 1,500 crore 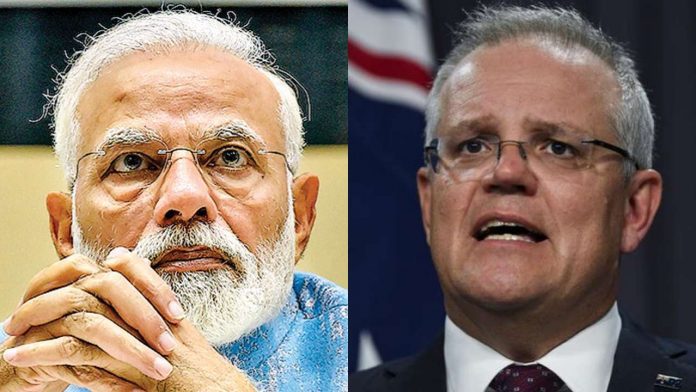 In the largest-ever investment by the Australian government in India, Canberra will announce an investment of Rs 1,500 crore in the country in multiple sectors at the India-Australia bilateral summit to be held on Monday.

As per a diplomatic source, the two countries will sign a Memorandum of Understanding (MoU) in the field of critical minerals, which will help increase India’s access to metallic coal and lithium in Australia and cater to India’s growing demand for electric vehicles and growing infrastructure.

Australia has one of the biggest reserves of lithium and is also a provider of the cleanest metallic coal. The two countries will also be building a centre to promote partnership, which will be located in Canberra, Australia. Announcements on space, cyber activities, technology, agriculture, education and broadcasting will also be made, said the source.

According to the source, India-Australia’s comprehensive strategic partnership is not just symbolism but there is remarkable depth in relation. Tomorrow both leaders will demonstrate that India and Australia are top tier partners that deliver. When asked whether Russia’s aggression in Ukraine and India’s position will have any impact, the source said that former Prime Minister Jawaharlal Nehru’s 1957 no condemnation policy and space of resolution policy is in place and every country has a different relationship with different countries.

It is widely believed and reported that PM Modi is in discussion with Russian President Putin on the issue. The source also said that it will have no negative impact on India-Australia bilateral relations or quad, although incidents in Ukraine will have implications in the Indo-Pacific region. Further, the Union Minister of Coal and Mines in India, Pralhad Joshi, is expected to visit Australia soon.