‘For God’s sake, this man cannot remain in power’: Biden lashes at Putin over war with Ukraine 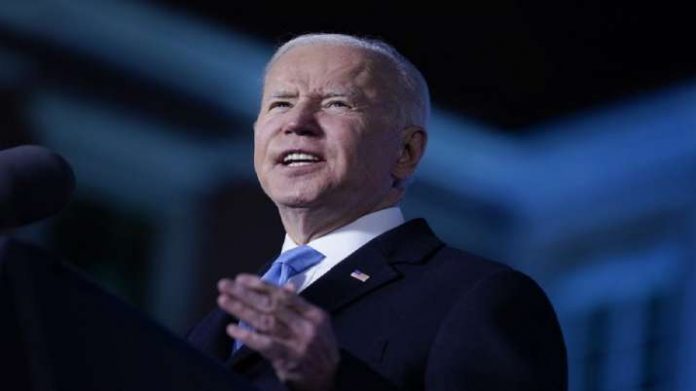 Russia-Ukraine War: US President Joe Biden on Saturday (March 26) said that Vladimir Putin “cannot remain in power,” dramatically escalating the rhetoric against the Russian leader after his brutal invasion of Ukraine.

Even as Biden’s words rocketed around the world, the White House attempted to clarify soon after Biden finished speaking in Poland that he was not calling for a new government in Russia.

A White House official asserted that Biden was “not discussing Putin’s power in Russia or regime change.” The official, who was not authorized to comment by name and spoke on the condition of anonymity, said Biden’s point was that “Putin cannot be allowed to exercise power over his neighbours or the region.”

The White House declined to comment on whether Biden’s statement about Putin was part of his prepared remarks.

“For God’s sake, this man cannot remain in power,” Biden’s said at the very end of a speech in Poland’s capital that served as the capstone on a four-day trip to Europe.

Biden has frequently talked about ensuring that the Kremlin’s now invasion, now in its second month, becomes a “strategic failure” for Putin and has described the Russian leader as a “war criminal”. But until his remarks in Warsaw, the American leader had not veered toward suggesting Putin should not run Russia. Earlier on Saturday, shortly after meeting with Ukrainian refugees, Biden called Putin a “butcher.”

Previous articlePakistan PM Imran Khan’s mega rally to save face ahead of crucial no-trust vote
Next articleMukhtar Ansari booked under Gangster Act; being shifted to Lucknow jail for court hearing