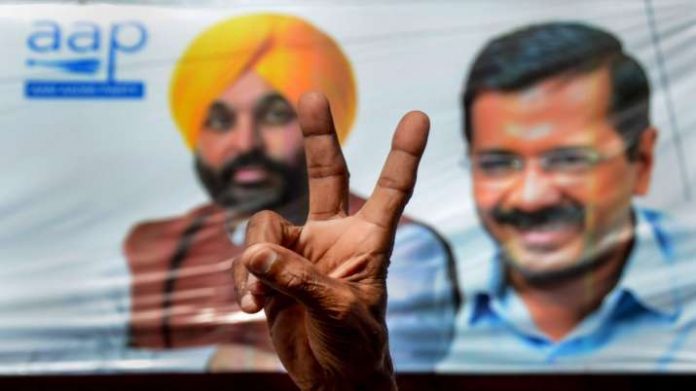 All the Badals, led by five-time Chief Minister Parkash Singh Badal, the eldest candidate at 94 in fray for the 117-member Punjab Assembly, as well as their kin, on Thursday lost to AAP’s greenhorns.

The eldest Badal, who won the seat five times in a row since 1997, lost to Gurmeet Khuddian from Lambi by 11,357 votes, while his son and Shiromani Akali Dal (SAD) chief and Member of Parliament Sukhbir Badal faced humiliating defeat from Jalalabad, and his son-in-law Adesh Partap Singh Kairon faced defeat from Patti in Tarn Taran district from AAP’s Laljit Singh Bhullar.

Sukhbir Badals’s brother-in-law Bikram Majithia and his estranged cousin Manpreet Badal, who was in the fray on a Congress ticket, also lost the poll from their respective seats.

As per the Election Commission, AAP’s Khuddian, a Congress rebel, was polled 65,717 votes and the elderly Badal got 54,360.

The junior Badal has lost the elections by a margin of 23,310 votes from Jalalabad to AAP’s Jagdeep Kamboj.

Majithia, who was in the fray from Amritsar (East) seat, took the third spot, with 25,112 votes. His archrival and state Congress President Navjot Singh Sidhu also suffered a loss in his seat, garnering only 32,807 votes.

A five-time MLA and two-time Finance Minister, Manpreet Badal, who is the son of Gurdas Badal, the younger brother of Parkash Badal, lost the elections from Bathinda Urban.

In 2016, Manpreet Badal merged his outfit with the Congress, after having lost from both Gidderbha and Maur seats. He then won the 2017 elections as a Congress candidate from Bathinda.

Previous articleBJP creates history in UP! Yogi first CM since Independence to be re-elected after serving full 5-year-term
Next articleBhagwant Mann, his mother get emotional in first appearance after result