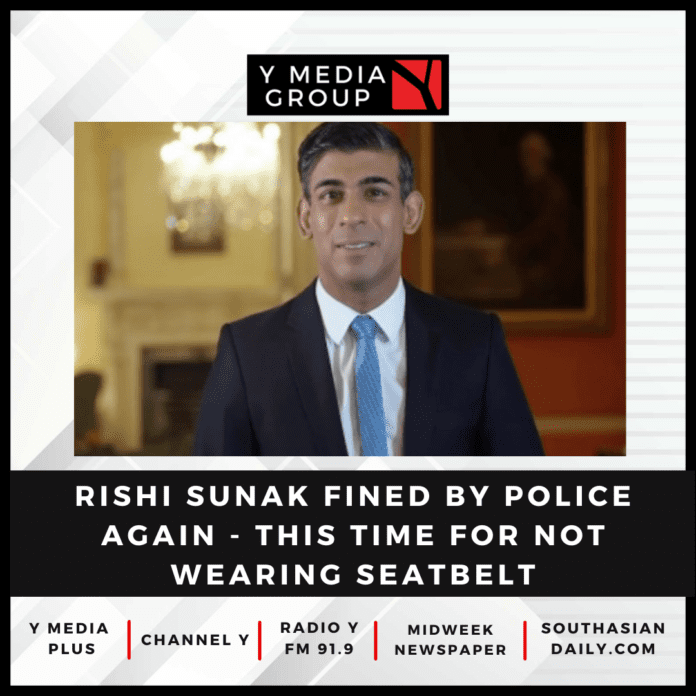 UK Prime Minister Rishi Sunak has been fined 100 pounds for not wearing a seatbelt in a car – the second time he has been fined for breaking rules while in government, media reports said.

The incident occurred while he was filming a video, to promote the government’s latest round of “levelling up” spending, in Lancashire, during a trip across the north of England, the BBC reported. The video was posted on Sunak’s Instagram account.

Lancashire Police said it had issued a 42-year-old man in London with a conditional offer of a fixed penalty. Passengers caught failing to wear a seat belt can be given an on-the-spot fine of 100 pounds and this can increase five-fold if the case goes to court.

The Prime Minister had previously apologised for the incident, saying it was an “error of judgement”.

This was the second fine for Sunak while in the government.

In April 2022, Sunak, then the Chancellor of the Exchequer, was fined along with then Prime Minister Boris Johnson and wife Carrie for breaking Covid lockdown rules – by attending a birthday gathering for Johnson in Downing Street in June 2020.