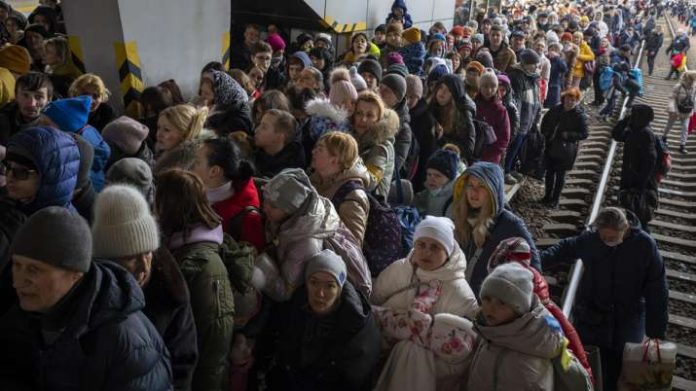 Russia has declared a partial ceasefire for opening humanitarian corridors for civilians to leave Ukraine. Today is the 12th day of Russia’s invasion of the neighbouring country. The decision was taken following a request from French President Emmanuel Macron who dialled Russian President Vladimir Putin on Sunday, according to the Russian Defence Ministry.

The ceasefire in the areas of Kyiv, Mariupol, Kharkiv, and Sumy will start at 10 AM (Moscow time) to open humanitarian corridors, according to a statement by the Russian military. Monday’s ceasefire announcement follows two failed attempts to evacuate civilians from Mariupol, from which the International Committee of the Red Cross estimated 200,000 people were trying to flee. Russia and Ukraine have traded blame for the failure.

Evacuation routes published by Russia’s RIA Novosti news agency, citing the Defense Ministry, show that civilians will be able to leave to Russia and Belarus. Russian forces will be observing the ceasefire with drones, the task force said.