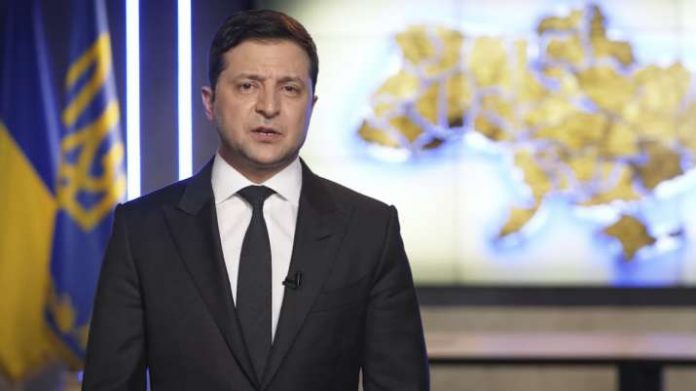 As Russian forces increased their shelling of Ukraine, President Volodymyr Zelenskyy appealed to the West to strengthen sanctions.

In a video statement Sunday evening, Zelenskyy heaped criticism on Western leaders for not responding to the Russian Defense Ministry’s announcement that it would strike Ukraine’s military-industrial complex, while telling employees of these defense plants not to go to work.

“I didn’t hear even a single world leader react to this,” Zelenskyy said. “The audacity of the aggressor is a clear signal to the West that the sanctions imposed on Russia are not sufficient.”

Zelenskyy called for organizing a tribunal to bring to justice those who order and carry out such crimes.