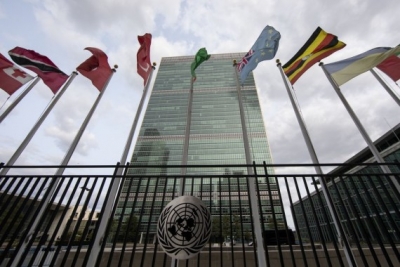 The UN Assistance Mission in Afghanistan (UNAMA) has condemned a fatal attack on a mosque in the capital Kabul.

“We deplore yesterday’s attack in a Kabul mosque, the latest in a disturbing series of bombings which have killed and injured more than 250 people in recent weeks, the highest monthly number of civilian casualties over the last year,” UNAMA said in a statement posted on Twitter on Thursday.

A huge explosion ripped through the crowded mosque during evening prayers on Wednesday, injuring 33 people and killing another 21, including the mosque’s imam, Amir Muhammad Kabuli.

There is no word yet as to who was behind the attack in Kabul, while the blast scene was being sealed off, Xinhua news agency reported.

Amid the deteriorating security situation in the country, the UN calls on the de-facto Taliban authorities to “take concrete steps” to prevent all forms of terrorism in Afghanistan.

“Vulnerable communities should be provided additional support and perpetrators brought to justice,” the UNAMA added.

“We extend our deepest sympathies to the families of the deceased and a speedy recovery to the injured.”