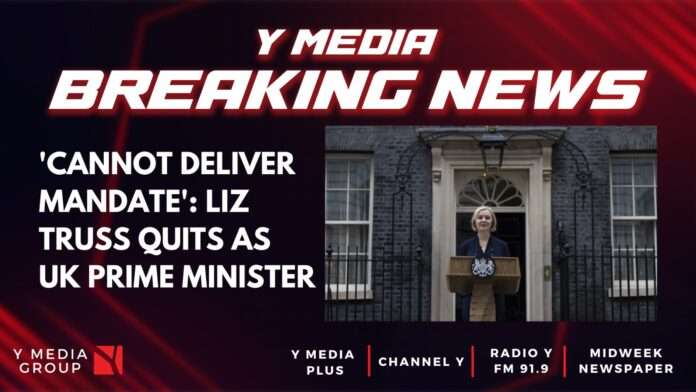 UK’s beleaguered Prime Minister Liz Truss, facing opposition from within the party over her handling of the economy and exit of key ministers, resigned on Thursday.

Addressing reporters outside 10 Downing Street, Truss, noting that she came into office at a time of “great economic and international instability”, said: “I recognise… given the situation I cannot deliver the mandate on which I was elected by the Conservative Party.”

Truss had succeeded Boris Johnson in early September, after emerging triumphant in the Conservative Party leadership contest over former Chancellor of the Exchequer, Rishi Sunak.