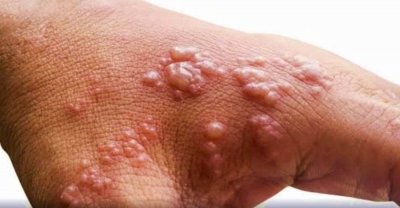 The move, which comes days after the World Health Organization declared it a public health emergency of international concern, means the federal government must implement national policy, interventions and public messaging to prevent the spread of the virus, reports Xinhua news agency.

There have been 44 confirmed monkeypox cases in Australia, the majority of which were travellers who recently returned from overseas.

Most monkeypox cases in Australia were among people aged 21 to 40 years.

Chief Medical Officer (CMO) Paul Kelly, who made the announcement, said monkeypox is “far less harmful” than Covid-19 and has not caused deaths during the current outbreak “outside of countries where the virus is endemic”.

He said monkeypox is also not transmitted in the same way as Covid-19, and is far less transmissible.

“Monkeypox’s rash and flu-like symptoms are relatively mild, and in most cases, resolve themselves within two to four weeks without the need for specific treatments,” he said.

The official added that the National Incident Centre has been activated to provide enhanced national coordination to assist states and territories to effectively manage the outbreaks within their jurisdictions.

Previous articleCommonwealth Games 2022: All the action from the Opening Ceremony
Next articleCWG 2022: Winners to get medals with embossed aerial map of local road, canal network