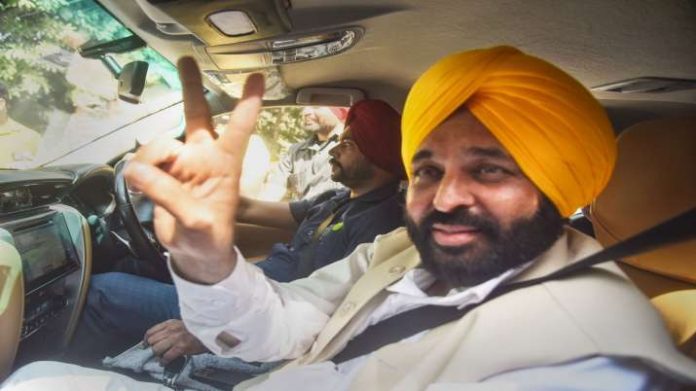 Ahead of swearing-in as the next chief minister of Punjab, Aam Aadmi Party leader Bhagwant Mann on Saturday removed the security cover of 122 former MLAs, including Punjab Congress chief Navjot Singh Sidhu.

Meanwhile, Mann has appointed Venu Prasad as his Principal Secretary. Prasad is an IAS officer from the 1991 batch.

Mann also met Punjab Governor Banwarilal Purohit on Saturday to stake claim to form the government in the state. Mann was elected as the AAP Legislature Party leader at a meeting of the party MLAs in Mohali on Friday. AAP Punjab in-charge Raghav Chadha also accompanied Mann to the Governor house.

He said, “I met governor and handed over letter of support from our MLAs & staked claim to form government. He told me to tell him wherever we want to hold swearing-in ceremony. It’ll be held at the native village of Bhagat Singh, Khatkar Kalan at 12.30 pm on March 16,” and added, “People from houses across Punjab will come to the ceremony, they will also pay tribute to Bhagat Singh. We will have a good cabinet, historic decisions, that were never made before, will be made. So, you will have to wait.”