Criminals fear bulldozers, line up to surrender in UP as Yogi govt retains power 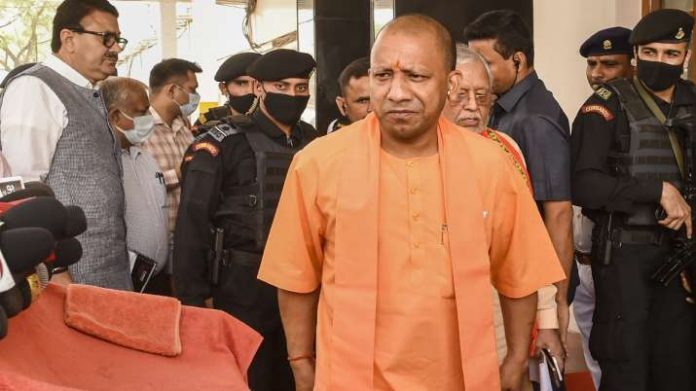 Over 50 criminals have given themselves up to police in two weeks after the BJP returned to power in Uttar Pradesh, an official said Monday.

Reports from various parts of the state also suggest several illegal encroachments have been removed with bulldozers which many consider now a new emblem of the Yogi Aditynath government.

Visuals of many absconding criminals walking to police stations with placards hanging around their necks with messages like “I am surrendering, don’t shoot me, please!”, surfacing on social media show the panic among history-sheeters, officials said.

Bulldozers, symbolizing tough action against the criminals and mafias, had resonated throughout the UP elections earning Adityanath the sobriquet of “Bulldozer Baba”.

More than 50 criminals have not only surrendered but also pledged to shun crime in the past over a fortnight, Additional Director General of Police (Law and Order) Prashant Kumar told PTI on Monday.

Two criminals were killed in encounters and many others have been arrested during the period, he added.

Reports from different parts of the state suggest consistent deployment of bulldozers to clear encroachments and demolition of illegal properties.

The heavy machine used for razing properties, acquired by people with criminal antecedents with proceeds of their crimes, during the last five years reflected the Adityanath government’s “zero tolerance towards crime”.

In his election speeches, Adityanath used to say the bulldozers have gone for maintenance and will again roll out after March 10 (declaration of results).