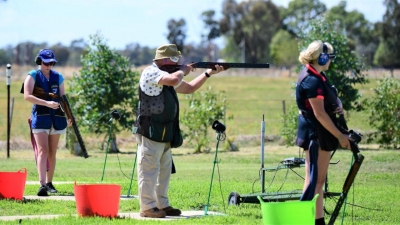 Applications have been received from shooting, wrestling, archery and 3×3 basketball among others to be included in the programme for the 2026 Commonwealth Games in Victoria State in Australia.

Among the other sports that have applied to be included in the “three or four” sports that are likely to be added to the 16 already shortlisted are judo, coastal rowing, beach rowing and taekwondo. Saturday was the last day to apply for being included in Victoria 2026 Commonwealth Games.

The organising committee had initially proposed 16 regular sports and six para-sports to be part of the Games.

Competitions will be held in four regional centres Geelong, Bendigo, Ballarat and Gippsland besides Melbourne Cricket Ground, which will host the opening and closing ceremonies.

While shooting and archery were left out for the just-concluded Commonwealth Games in Birmingham. Judo, 3×3 basketball and wrestling all appeared at Birmingham 2022 but have not yet been confirmed for Victoria.

Following a huge furore over the exclusion of shooting, both in Australia and countries like India, Victoria 2026 chief executive Jeroen Weimar had a few weeks back informed that “three or four” more sports are likely to be added.

Meanwhile, shootings got a boost for their inclusion after Shooting Australia proposed the Wellsford Rifle Range near Melbourne, which hosted full-bore rifle events of Melbourne 2006 Commonwealth Games, and the Victorian State Range at Echucha, 81 kilometres from Bendigo as possible venues that could be refurbished for the CWG.