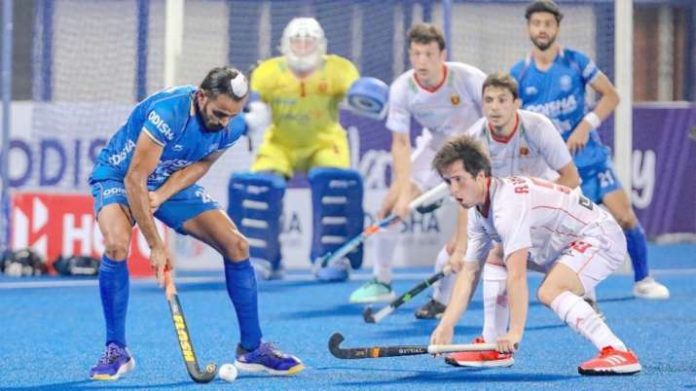 The Indian men’s hockey team slumped to its second defeat in the FIH Pro League as it lost 3-5 to Spain in the second match of their two-legged tie at the Kalinga Stadium here on Sunday.

If world No. 4 India made a last-minute dash on Saturday to beat Spain 5-4 in a pulsating match, the scenario was completely opposite on Sunday as world no. 9 Spain were accurate with their penalty corner conversions to completely outwit the hosts.

India’s other goals were scored by Harmanpreet Singh (27th) and Sukhjeet Singh (51st). India had earlier lost 2-5 to France in South Africa earlier this month. Despite registering their second defeat in the league, India are currently placed second in the standings with 12 points from six matches, including four wins.

India will next play Germany in another two-legged home tie here on March 12 and 13.